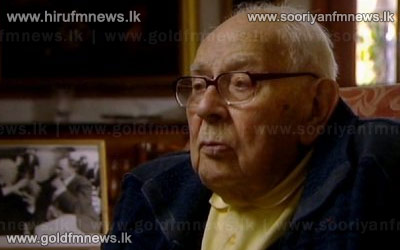 Gilbert Taylor, the veteran British cinematographer behind classic films Star Wars, The Omen and Dr Strange-love and The Beatles A Hard Days Night, has died, aged 99.

He passed away yesterday, at his home on the Isle of Wight.