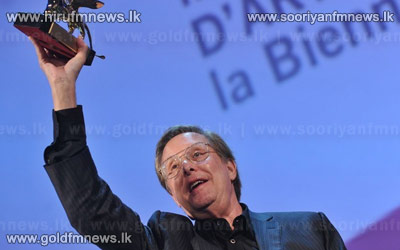 US filmmaker William Friedkin, who petrified cinema-goers with "The Exorcist", was awarded a lifetime achievement award by organisers of the Venice film festival.

He also won an Oscar for best director for "The French Connection".

His most recent film, "Killer Joe", a black comedy, was presented at the Venice festival in 2011 and a restored version of his 1977 thriller "Sorcerer" is being shown at the 70th Venice film festival, which started on Wednesday.