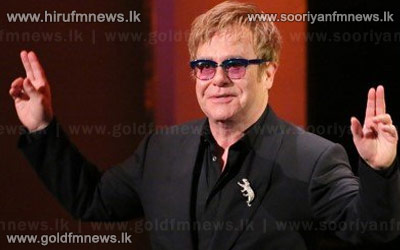 Sir Elton John made his live comeback at a London gala held in his honour on Monday and his return was made even sweeter when he was handed the first ever Brits Icon award.

Rod Stewart was on hand to present the prize to his pal during the star-studded concert at The London Palladium, jokingly describing Sir Elton as "the second-best rock singer ever".

The 66-year-old Rocket Man hit-maker told the crowd he was "flattered" to receive the trophy, and dedicated it to his writing partner Bernie Taupin and his fans.