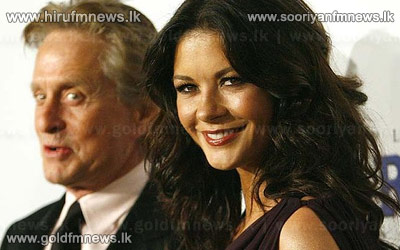 Actor Michael Douglas was the toast of the GQ Awards in London last night as he was crowned Legend of the Year.

A week after his separation from wife Catherine Zeta-Jones was announced, a solo Douglas was beaming as he picked up the accolade at the publications annual Men of the Year ceremony, held at the Royal Opera House in the British capital.

Douglas, who flew in from the Venice Film Festival in Italy, was handed the prize by Samuel L. Jackson, while Sir Elton John was given the Genius award by terminally-ill rocker Wilko Johnson, and Doctor Who actor Matt Smith handed Noel Gallagher the Icon trophy.