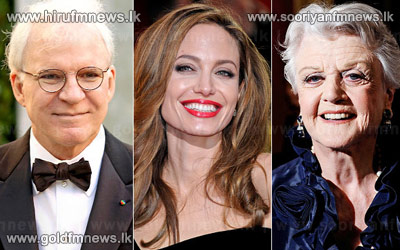 The Academy of Motion Picture Arts and Sciences is to give a prestigious humanitarian award to Hollywood A-lister Angelina Jolie for her "impassioned" campaigning work.

The Academys board of governors will also give honorary lifetime awards to veteran actors Steve Martin and Angela Lansbury, as well as Italian costume designer Piero Tosi, whose work includes the 1971 classic "Death in Venice."

Jolie, who won the best supporting actress Oscar in 2000 for her role in "Girl, Interrupted," has been an "impassioned advocate for humanitarian causes, traveling widely to promote organizations and social justice efforts.