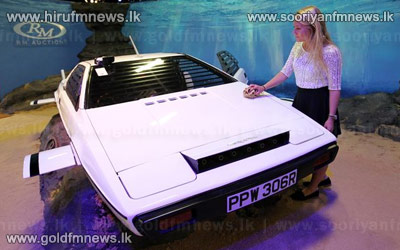 James Bonds submarine car from the film The Spy Who Loved Me has sold at auction in London for 825,000 dollars.

The vehicle, which Roger Moore drove as 007, went under the hammer yesterday.

It fell short of the 1.5 million dollars it was expected to fetch, but still created an auction buzz when a female buyer and a telephone collector tried to outbid each other for the Lotus Esprit.

The car eventually went to the absent bidder.