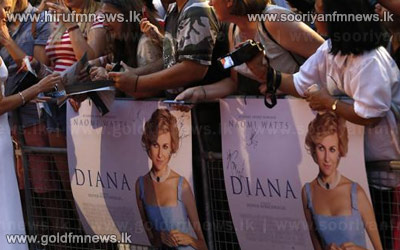 The film "Diana" starring Naomi Watts, which received a critical drubbing after its premiere in London earlier this month, gets its first European general release in Hungary from today.

Purporting to tell the story of the late Princess Dianas romance with UK-based Pakistani heart surgeon Hasnat Khan, the movie has been dismissed by Khan as "based on hypotheses and gossip".

Some scenes in the film depict incidents already widely reported in British media such as Khan being smuggled into Dianas Kensington Palace London residence lying on the backseat of her car covered in a blanket or Diana meeting his mother in Lahore in Pakistan.