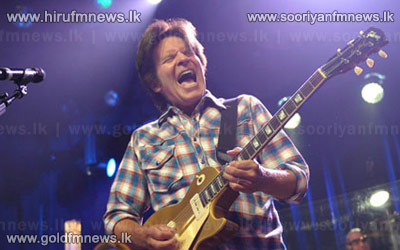 Rocker John Fogerty made a surprise appearance at the Gentlemen of the Road festival in St. Augustine, Florida after he was called in, as a last-minute replacement for fun.

The former Credence Clearwater Revival front-man hopped on a midnight flight from Los Angeles on Friday to fill in for the Some Nights hit-makers, who were forced to scrap their set to allow singer Nate Reuss time to rest his voice following an illness.

Fogerty called on The Vaccines and his son Shane to back him up on classics like Suzie Q, Down on the Corner and Fortunate Son, and he teamed up with headliners Mumford & Sons for songs including Bad Moon Rising, Born on the Bayou and Proud Mary.