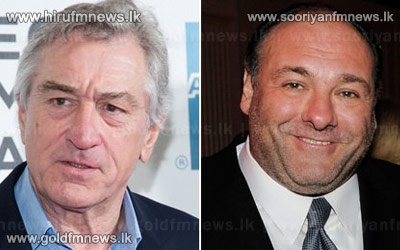 De Niro will play an ambulance-chasing New York lawyer in the show which Gandolfini had been developing, based on the 2008 BBC series by Peter Moffat.

Gandolfini had starred in the pilot episode and will remain an executive producer posthumously.

He died in Rome earlier this year after suffering a heart attack, aged 51.