Cloudy with a Chance of Meatballs 2 tops US box office 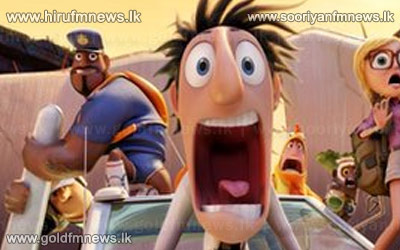 Animated sequel Cloudy With A Chance Of Meatballs 2 has debuted at number one in the US, taking 35 million dollars in its first weekend.

In doing so, it surpassed the original movie, which took 30.3 million dollars during its opening weekend in 2009.