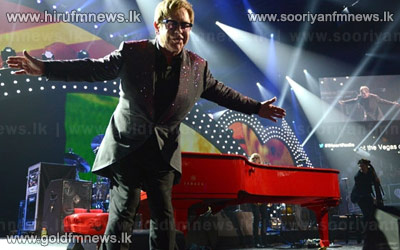 Russian Islamic religious leader has dubbed Elton John "the devils work" and called for a boycott of the openly homosexual rock stars concerts in Moscow and Kazan in early December.

Seidzhagfar Lutfullin, a conservative imam from Russias predominantly Muslim Tartarstan region, said the singers promotion of same-sex relations could be a Sodom and Gomorrah moment for Russia.

Branding the British rock singer as "the devils work in the shape of a pederast," in remarks published on the web site of Kazan’s Thousandth Anniversary of Islam Mosque, the imam warned that God could rain destruction on cities as revenge for supporting what he dubbed sexual delinquency.