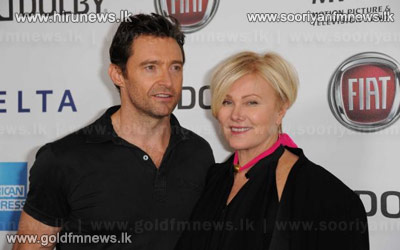 Hugh Jackman fans helped the actor raise $1.85 million (Gbp1.2 million) on his birthday on Saturday (12Oct13) by paying to see him chat and perform in Hollywood.

The actor took over the Dolby Theatre, where the Oscars are staged annually, to bring his critically acclaimed one-man show from Broadway to Tinseltown.

The charity gig, held to benefit the Motion Picture & Television Fund, was held on the movie stars 45th birthday