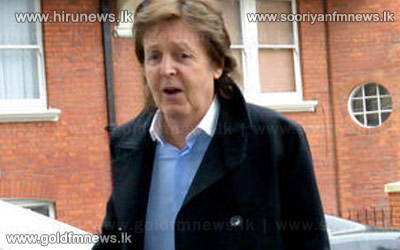 The former Beatle was put on the spot during a phone chat with the host yesterday as he launched a series of intimate concerts at the Bbcs tiny Maida Vale studios in London, and agreed he would be willing to perform at The Mulberry Inn in Chiddingfold if those keen to see him play there stumped up the cash for Children in Need.