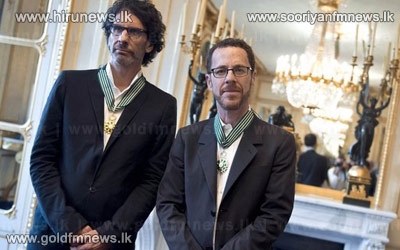 US filmmakers Joel and Ethan Coen have received Frances highest cultural honour at a ceremony in Paris.

The brothers, who won three Oscars in 2008 for their crime drama No Country For Old Men, were each made a Commander of the Order of Arts and Letters.

The award is given by the French government to people who "significantly contributed to the enrichment of the French cultural inheritance".