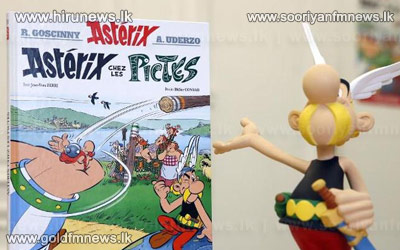 Comic book hero Asterix and his rotund sidekick Obelix returned for their first new adventure in eight years on Thursday, reviving a global phenomenon that has sold millions of copies around the world.

Five million copies of "Asterix and the Picts" -- the 35th instalment in a series that has become a publishing juggernaut -- were released in 15 countries and 23 languages, after months of anticipation.

The Gallic duos latest gag-filled adventure takes them for the first time to ancient Scotland, with the new editions cover depicting Obelix in full caber toss as a winking Asterix sits nearby.