Emma Thompson Had A Big Crush On Prince Charles 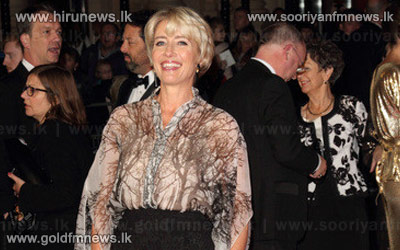 Actress Emma Thompson has confessed to a crush on Prince Charles in a new Time magazine expose on the heir to the British throne, revealing she would have gladly dated him.

The Oscar winner counts herself as one of the Prince of Wales celebrity friends, but there was a time she would have liked to have been much more.

Thompson, who dated Hugh Laurie at university and was wed to newly-knighted Kenneth Branagh, is married to actor Greg Wise.