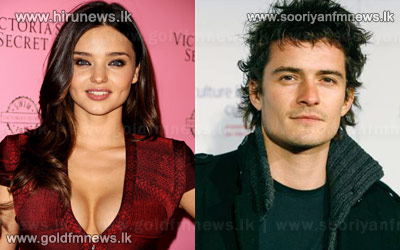 British actor Orlando Bloom was spotted leaving his apartment, just hours after reps for him and Miranda Kerr confirmed that they had separated after three years of marriage.

They had been a couple since 2007.
He and Kerr are parents to 2 1/2-year-old son Flynn and, minus an appearance all together on Oct. 7, he and his model wife had been spending a lot of time apart.