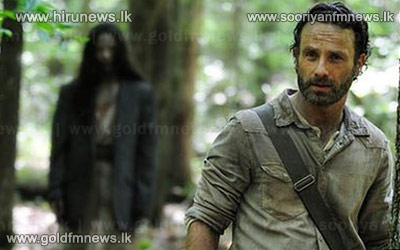 US zombie drama The Walking Dead has been given a fifth series.

The show started in 2010 with a six-episode run and stars British actors Andrew Lincoln as deputy sheriff Rick Grimes and David Morrissey.

It follows a group of American survivors in a world overrun by zombies.

The fourth series of The Walking Dead is being shown by Fox in the UK.

It attracted its largest audience in the US to date earlier this month, with 16.1 million tuning in for its return.