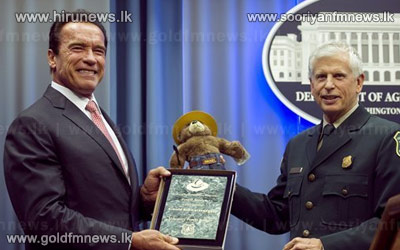 Action man Arnold Schwarzenegger has been named an honorary ranger by officials at the U.S. Forest Service.

The actor, who served as California governor from 2003 to 2011, has been recognised for his continued efforts to combat climate change.

The Terminator star, who co-founded the non-profit R20 Regions of Climate Change organisation, joins Betty White and Rolling Stones keyboardist Chuck Leavell as the only other honorary rangers in the agency's history.