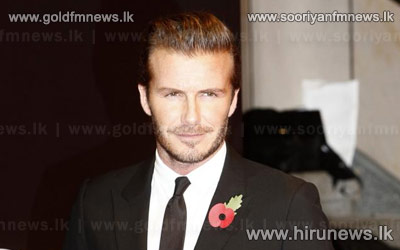 David Beckham is set to be given a knighthood in the New Year's Honours List.

The retired soccer and showbiz icon will become a 'Sir' with final approval reportedly due later this month.

According to reports his 165 million pounds finances are being assessed - as is the norm before any knighthood.

It is expected Britain's Prince William will perform the annual ceremony, which would be attended by David's wife Victoria, their daughter Harper, two, and their sons Brooklyn, 14, Romeo, 12, and eight-year-old Cruz.