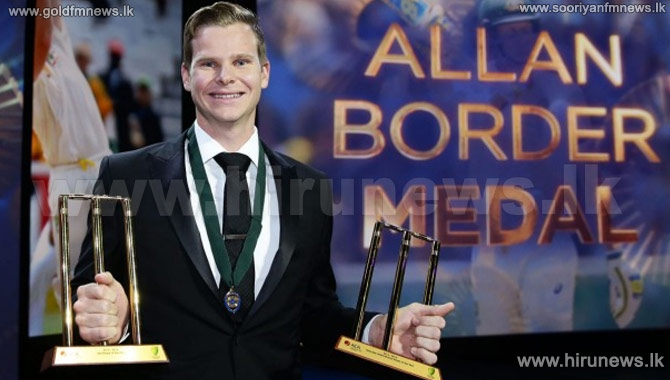 Steve Smith capped a remarkable season by sweeping the main awards at the annual Allan Border Medal ceremony, including Australian player of the year.

The prolific batsman, who was promoted to national captain in the absence of the injured Michael Clarke, also took out the one-day and Test player awards.

He was a runaway winner for the Allan Border Medal -- judged on performances in Tests and one-dayers throughout the season -- by polling 243 votes, ahead of David Warner and Mitchell Johnson.