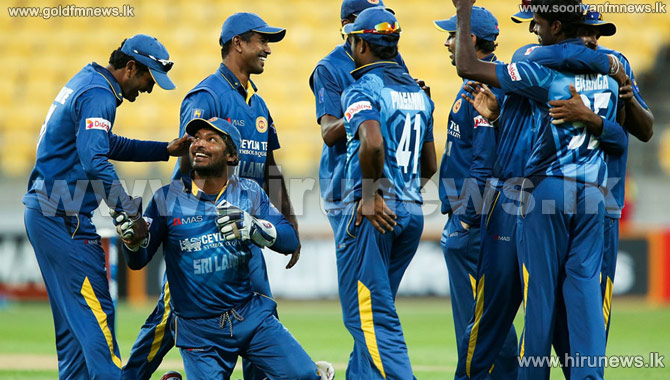 Sri Lanka won the 7th and last One Day International against New Zealand by 34 runs in Wellington today.

Batting first Sri Lanka scored 287 runs for the loss of 5 wickets in their allotted 50 overs, even though a total well over 300 had seemed a possibility for much of the innings.

Corey Andersan was the highest wicket taker for New Zealand picking up 3 wickets for the side, while Kane Williamson was New Zealand’s top-scorer with an 83-ball 54.

Nuwan Kulasekara, Shaminda Eranga, and Dhusmantha Chameera picked 3 wickets each, for Sri Lanka, and Kumar Sangakkara who mounted his 21st ODI hundred on Tillakaratne Dilshan's foundation, was adjudged the player of the match.

Kane Williamson was adjudged the player of the series. New Zealand won the 7-match series 4-2, and one match was abandoned due to bad weather.