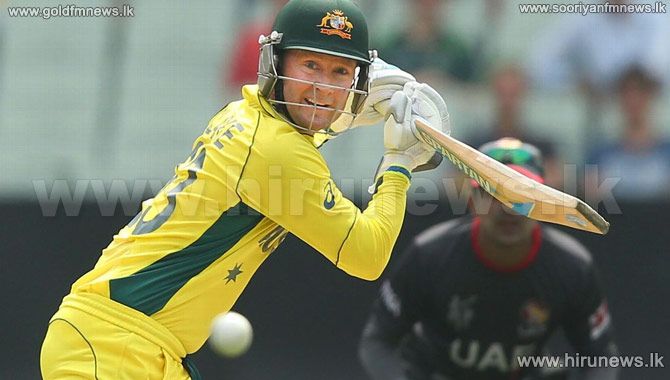 Michael Clarke will not be rushed back for Australia's World Cup opener against England at the MCG on Saturday despite his encouraging performance in a warm-up win over the UAE yesterday.

Australia's coach Darren Lehmann has confirmed Clarke will instead stick to the original timeline for recovery from his hamstring surgery, and is expected to return against Bangladesh on 21st of February.

There could have been a temptation for Australia's selectors to view

The encouraging performance Michael Clarke gave, in a warm-up win, over the UAE yesterday, as evidence he was ready to play against England, but Coach Darren Lehmann said, a cautious approach was best.