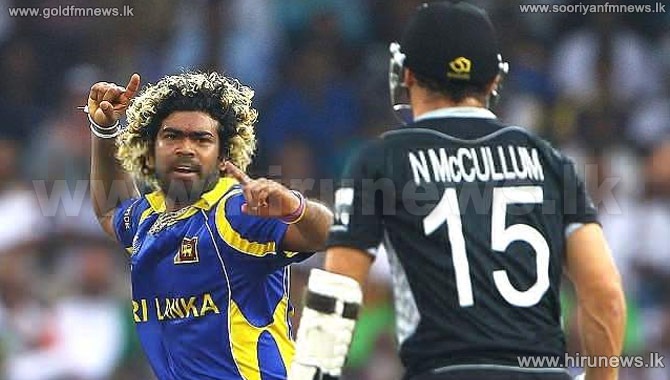 New Zealand and Sri Lanka have been playing each other since late December, with the home team winning the Test series 2-0 and the ODIs 4-2. Brendon McCullum reckons Sri Lanka will come hard at his team, boosted by the availability of Lasith Malinga, while his opposite number, Angelo Mathews, believes his team has put a disappointing tour behind them and that the start of the 2015 ICC World Cup is a clean slate.

In the tournament opener between the two teams at Hagley Oval on Saturday, there are many match-ups that could a vital role in deciding which way the pendulum of fortune swings.

Boult is half of New Zealand's potent new-ball attack, and took five wickets in the last warm-up to consign South Africa to a big defeat. He is quick, he can move the ball and he's confident. During the recent ODIs, three of Boult's five wickets were left-hand batsmen, including Sangakkara in the Dunedin game. In Tests, he has had Sangakkara's number four times too. The veteran Sri Lanka wicketkeeper-batsman had a profitable ODI series, scoring 321 runs at 64.20 to follow the Tests in which he averaged 53.75. In his final World Cup, Sangakkara is keen to sign off and hitting the ground running is crucial.

Both allrounders bat at No 5 and bowl medium pace for their respective teams, and both could have big role to play in the tournament. Elliott, 35, earned a surprise recall for the World Cup and in his recent ODIs, he averages 71.50 with the bat and 22.57 with the ball - very handy figures to show for. Mathews recently returned from three weeks of injury time and had two poor outings from three with the bat, including a golden duck in Nelson. His brisk seam-up deliveries proved better for him, but Mathews will need to be much better in all facets to cover for top-order failure or more shoddy work from Sri Lanka's main quick bowlers. He and Elliott are crucial ingredients to both teams, but in the conditions in New Zealand they could end up being more significant.

The two wily left-arm spinners have a fair bit to prove, though you won't hear them say it. Herath, 36, was Sri Lanka's most economical spinner in the ODI series against New Zealand but few will back him to take many wickets in these conditions. He recently spoke of how precision will bring the slow bowlers success in the World Cup as opposed to big spin, and backing his talk will not only lift him but also a Sri Lankan bowling attack that leaked plenty of runs against New Zealand. Across the line is Vettori, 35, who had an economy rate of 4.30 in five ODIs against Sri Lanka but not a single wicket to show for his bowling. Pace is expected to dominate spin by a big margin in the World Cup, but Herath and Vettori will have key roles to play in the middle overs.

Mathews' team has had trouble with this mandatory five-over period for some time. In India, it proved massive in a 5-0 loss. In New Zealand, while not as damning, the batsmen's inability to work the ball around for enough runs has again been decisive for the most. At Hagley Oval in January, they scored 24 runs between overs 36-40 for the loss of one wicket to en route to 218, a total which Sri Lanka could not defend. In Hamilton, they scored 26 without loss. In Nelson, 28 without loss but a total of 276 again wasn't enough. In the first Dunedin game, chasing 361, they lost three wickets for 43 runs in the batting Powerplay. In the second, in pursuit of 316, they went from 171 for 7 to 192 for 9 during that block. And lastly in Wellington, they lost 2/24 in the batting Powerplay. In a World Cup, the margin of error is much finer. (Cricbuzz)