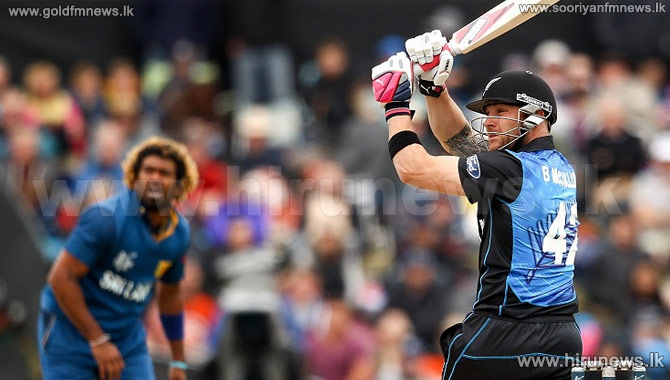 The ICC World Cup got off to a rollicking start with co-hosts New Zealand putting up a batting exhibition to score 331 for six against Sri Lanka in their Pool A match at the Hagley Oval  Saturday.

Captain Brendon McCullum (65) and Martin Guptill (49) shared a 111-run stand for the opening wicket to set New Zealand on their way.

Kane Williamson (57) played solidly to carry on the good work.

All-rounder Corey Anderson added the finishing touches as he smashed 75 off 46 to propel New Zealand to an imposing score.

Suranga Lakmal and Jeevan Mendis were the pick of the bowlers taking two wickets each.

The Black Caps lost the toss and were put into bat by Sri Lankan captain Angelo Mathews.

However, without much swing or seam movement the Sri Lankan bowlers were helpless against McCullum's power hitting.

The New Zealand opener hit 10 boundaries and a six to reach 65 off just 49 balls.

Williamson and Ross Taylor (14) put on a 57-run partnership for the third wicket to take New Zealand to 193 for two in 33 overs.

However, the duo fell in successive balls as New Zealand lost some steam in the middle overs.

Grant Elliot (29) and Anderson added 65 for the fifth-wicket to bring the Black Caps back on track.

Anderson then teed off in the final overs to cause massive damage.

Along with wwicketkeeper Luke Ronchi, Anderson scored 73 runs off the final six overs.

The Sri Lankan bowlers came in for severe stick with premier pacer Lasith Malinga failing to pick up a single wicket and going for 84 runs off his 10 overs.