Ajinkya Rahane could be hub of the Indian batting wheel 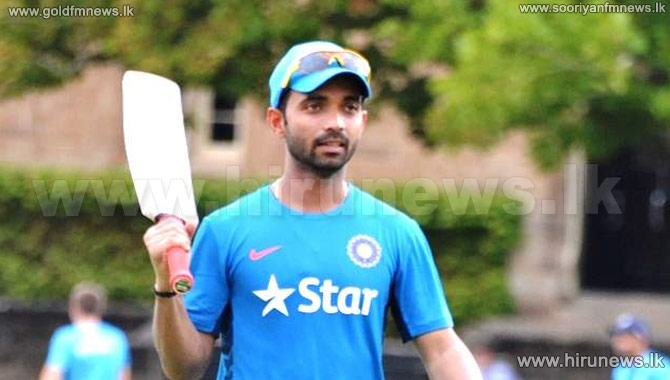 In the two warm-up games against Australia and Afghanistan, Rahane showed he could combine the classical with the innovative quite effortlessly.

At the World Cup, Rahane will have to complement Kohli and Raina, perhaps playing an even bigger role at times.

There is something about the intense look in his eyes and it is surely not, as Indians would put it, filmy. There is a great sense of purpose in all that he does on a cricket field, especially when he is batting. It does not matter to him that he is not as celebrated as some of his peers are, but Ajinkya Rahane has dealt with that all his career.

Rahane's calm presence in the Indian batting line-up inspires confidence, even though skipper Mahendra Singh Dhoni's ability to finish games are well documented; Virat Kohli has been acknowledged by no less than Sir Viv Richards as a modern legend; Suresh Raina has featured in 207 ODIs and Rohit Sharma has a world record knock of 264 under his belt

It is no mean achievement for someone who has just 47 ODIs against his name. And that is not because he did not have the skills or the temperament needed to excel, but because he had to wait in the wings for a long while to establish his place. And though, he has opened in 34 of those games, it is the middle-order he is expected to hold together in the ICC Cricket World Cup 2015.

In the two warm-up games against Australia and Afghanistan, Rahane showed he could combine the classical with the innovative quite effortlessly. His ability to read the situation well helps him adapt accordingly rather than bat with a pre-determined approach. More importantly, he has uncomplainingly batted at any position that his captain has asked him to.

At the World Cup, Rahane will have to complement Kohli and Raina, perhaps playing an even bigger role at times. As he batted at the nets the past two days, it was clear that the 26-year-old is determined to make the most of the chance to feature in the big tent alongside heavyweight batsmen.

Then again, Rahane will have to be ready to open the innings with Rohit, in case Shikhar Dhawan does not sustain the touch that helped him score a half-century against Australia in the warm-up game last week. Rahane has filled that slot quite efficiently, scoring more than 1100 runs, and will have to tell himself to step up the plate every time.

Since the left-handers Dhawan, Raina and Ravindra Jadeja have been seen as fragile on the tour of Australia, it is incumbent on Rahane that he joins hands with Kohli and Rohit to ensure that Dhoni can play the finisher's role to the hilt rather than walking in to a situation where he will have to think of rebuilding the Indian innings.

Rahane has not had the greatest of successes in the two games that he has played against Pakistan. However, come Sunday, the Mumbaikar will have the chance not only to set the record straight but also justify the investment that fans and connoisseurs alike have made in his quiet confidence. (Cricbuzz)