Pakistan get ready for big battle 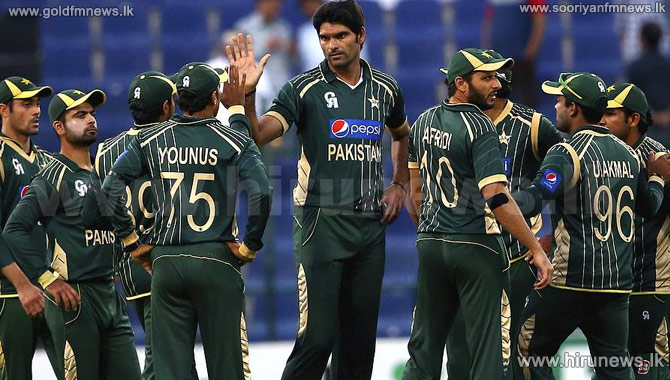 Pakistan had their first training session at the Adelaide Oval ahead of their game against India on February 15.
Waqar Younis and Mushtaq Ahmed guided the team through the session.

Pakistan had their first training session at the Adelaide Oval, using the facilities at the outdoor nets, while India, their rivals for Sunday's clash, were again at the St Peter's College ground, opposite the Adelaide Parkland.

Pakistan had the first feel of the venue as they had preferred to rest after arriving from Sydney on Thursday afternoon. Their workout was extensive, with each player taking turns to bat and ball under the watchful eye of coach Waqar Younis. The young pace bowling unit got maximum attention of the coach as he handed them instructions on how to go about bowling in the conditions here.

Waqar is no stranger to Australia, having played a lot of cricket here. He passed on his experience and knowledge to his young charges in the same manner he had received lessons from Imran Khan during his initial years. Mushtaq Ahmed, a member of the 1992 World Cup winning team is the bowling coach. He will be the key man to guide the young spinners who are here as replacements for offspinners Saeed Ajmal and Mohammed Hafeez.

Hafeez was injured a few days ago and his unavailability is a double blow to the team, as he is handy with both bat and ball. However, his bowling action is also under a cloud and he missed his official bowling test due to injury. He has been replaced by Nasir Jamshed, but the opener looked out of sorts due to his late inclusion in the side and a bit out of place in Australian conditions. After the net sessions, the team focused on fielding and the players learnt the technique of relay throws to help out their mates. (Cricbuzz)