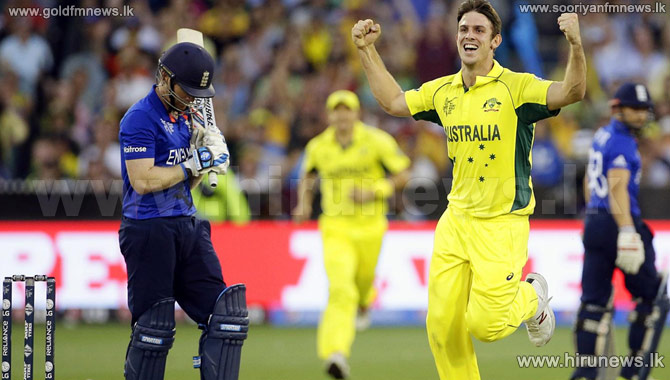 England made a miserable start to their 2015 World Cup campaign as co-hosts Australia handed them a 111-run thrashing in Melbourne.

Australia piled up 342-9 after being put in to bat by captain Eoin Morgan, with opener Aaron Finch - dropped on nought - pummelling 135 off 128 balls.

Steven Finn (5-71) took a hat-trick off the final three balls of the innings.

James Taylor's 98 not out was in vain as England were skittled out for 231, with Mitchell Marsh taking 5-33.