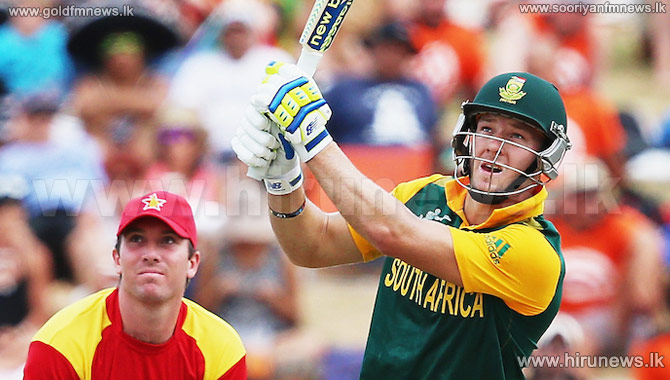 Overnight rain and avoiding starting their World Cup campaign against Dale Steyn and Co steaming in at them probably added to Zimbabwe preference to chase in Hamilton. However, South Africa's batting is just as daunting and can take advantage of a grassless pitch and short boundaries.

AB de Villiers was content to lose the toss and admitted to carrying some doubts over what he might have chosen to do. But the sun peeking out left him a little happier about batting. Farhaan Behardien went through a fitness test yesterday and has recuperated enough from his back injury and slots in at No. 7.

Zimbabwe though have opted to be without Prosper Utseya, one of their most experienced players and the man who starred in a famous victory over Australia in August 2014. His inability to bowl spin having been cited for a suspect action might have pushed the think-tank in favour of legspinner Tafadzwa Kamungozi. The batting wears a familiar look, with Sikandara Raza at the top, Brendan Taylor and Hamilton Masakadza in the middle and captain Elton Chigumbura and Solomon Mire for lower-order fireworks. Craig Ervine and Chamu Chibhabha have been recruited to play their ODI in almost two years.

"It's possible for us to beat a big team", Chigumbura had said previously and their recent performance provides reason to hope - Zimbabwe trounced Sri Lanka and nearly toppled hosts New Zealand in the warm-ups, but the ghosts of a whitewashed tour of Bangladesh might yet linger.