Kohli and Raina lift India to 300 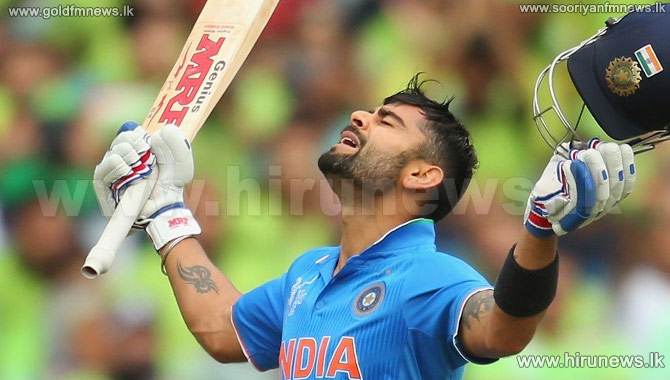 India's captain MS Dhoni won the toss and chose to bat against Pakistan in the World Cup match at Adelaide Oval. Dhoni's success at the toss allowed India's strong batting line-up the opportunity to place pressure on Pakistan, who are yet to beat India in a World Cup encounter after five attempts.

India went into the match with the spin duo of left-armer Ravindra Jadeja and offspinner R Ashwin, while Pakistan also opted for a specialist in the shape of the legspinner Yasir Shah. Bhuvneshwar Kumar was a notable omission for India.

Younis Khan was set to open for Pakistan alongside Ahmed Shehzad, and Umar Akmal will keep wicket for Misbah-ul-Haq's team. Specialist wicketkeeper Sarfraz Ahmed was left out to accommodate a fifth bowler. Nasir Jamshed was the 12th man.

A mighty crowd assembled for the match, which was sold out within minutes of tickets going on sale months ago. Hordes of spectators from India assembled at the Oval's southern plaza before the match, with another gathering at the Rotunda in Elder Park across the Torrens River.

The weather in Adelaide was unrelentingly hot, while the pitch was expected to play similarly to the surface for the Australia v India warm-up, in which the hosts scored 371.