Faulkner ruled out of Bangladesh clash 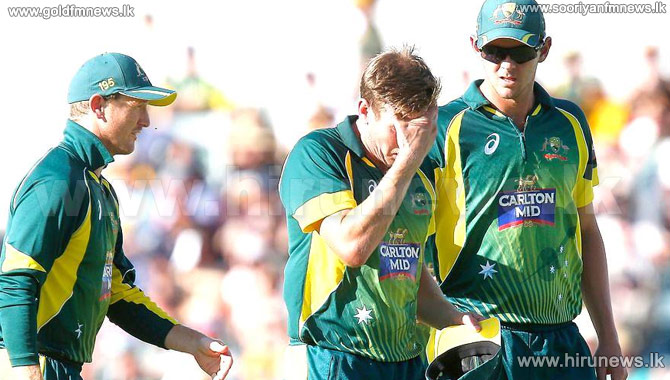 James Faulkner has been ruled out the game against Bangladesh in Brisbane on February 21.

The allrounder said that there is an outside chance that he might feature in the clash against New Zealand.

Michael Clarke is expected to feature in the game against Bangladesh.

James Faulkner has ruled him himself out of Australia's second league game in the 2015 ICC Cricket World Cup against Bangladesh in Brisbane on February 21. Faulkner, who sustained a side strain during the tri-series final against England in Perth at the start of the month, missed the opening game against England at the MCG but said that he is close to returning to full fitness.

The allrounder said there is an outside chance that he might feature in the clash against New Zealand on February 28 in Auckland. When asked when would be full fit, Faulkner replied that he is asking the question himself.

Speaking to reporters, he said, "I'm no chance for Bangladesh, I can tell you that. Time's sort of flown a bit, but hopefully I'm back sooner rather than later."

In Faulkner's absence, Mitchell Marsh put in a sterling performance in the MCG game where he chipped in with 23 and picked up his maiden five-wicket haul in ODIs. However, Faulkner believes there's room for both in the playing XI.

"I don't think we're actually fighting for the same sort of spot, we're different players. Mitch has always been a batter and his overs have been handy. I know he's working hard on his bowling and he got some rewards the other day. I think we can both definitely play in the same team and we have a few games so far so there's no reason we can't continue," he asserted.

With Marsh doing well and Faulkner on the way to full fitness, the pressure is on Shane Watson to deliver following a failure in the game against England. However, Faulkner pointed out that there have been occasions where the trio of allrounders have played in the same team.

Faulkner expects to resume bowling at some stage but due to the nature of side strains, there was uncertainty about his return. He also said that there was no fitness deadline given to him. "Hopefully the rehab I've done with the medical staff has kept me in good shape for what's to come," he added.

Michael Clarke, who is recovering from a hamstring injury, is expected to come back in the Australian team for the game against Bangladesh in Brisbane.(Cricbuzz)