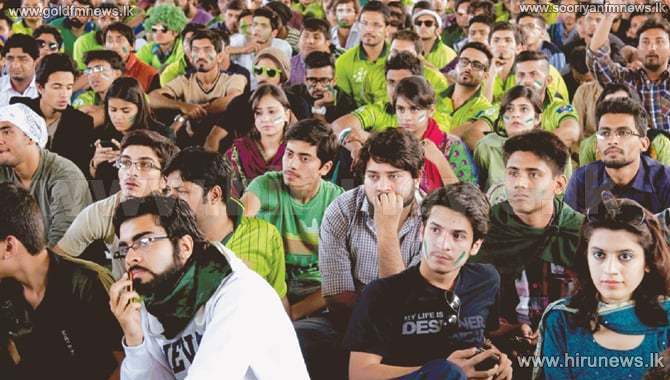 IN what was an important game for both teams, India ticked all the right boxes at the Adelaide Oval on Sunday to ensure they preserved their flawless record against fierce rivals Pakistan in World Cups.

For starters, I thought it was a very positive move by M.S. Dhoni to bat first upon winning the toss. It oozed confidence which India’s top-order batsmen more than justified. The partnership between Shikhar Dhawan and Virat Kohli was an important one in setting India up for a competitive score.

Kohli would surely play every game at Adelaide Oval given a choice. For the third time this summer, the Indian vice-captain reached the three figure mark at the venue following his twin centuries in the first Test of the recent series against Australia.

Suresh Raina also played a valuable hand for India with an aggressive half-century.

The way India were positioned around the 29th over mark when they had crossed 150, I really felt they were looking good to go on and finish at 320-330.

Though, I must admit, the fact that they ended up with 300 was down to some good bowling from Pakistan who did well to slow the Indians down towards the end.

In any case, 300 was still always going to be a stiff task since the highest score chased down at Adelaide in an ODI was 302, so Pakistan would almost have had to set a new record if they had to end their World Cup jinx against India.

They started well with Ahmed Shehzad and Haris Sohail stringing a good partnership till the momentum turned completely during that over by Umesh Yadav which yielded two wickets.

It’s just what can happen to a team batting second when you’re chasing a big score. The bowling side know that all they need to do is keep things tight, which builds the pressure that can suddenly fetch you a couple of wickets and bang — you’re right back on top.

On the evidence so far, a telling factor is that all teams batting first have posted at least 300 or more and gone on to win the game quite convincingly. It will be interesting to see how that trend develops as the tournament progresses, but what’s certain is no team will find the going easy chasing a 300-odd score.

This could potentially be the tonic India were desperately in need of to revive their drooping spirits. I imagine what will please them the most is the performance of their pace bowlers who have drawn plenty of flak all summer.

All three of them had a good day at the office and Indian fans would hope that can continue for the duration of the tournament.

Pakistan would surely be nursing disappointment at finishing second best once again in a World Cup meeting with their rivals, but the format of the tournament is such that when the group stages are done, you’d still expect to see them take their place in the top four.