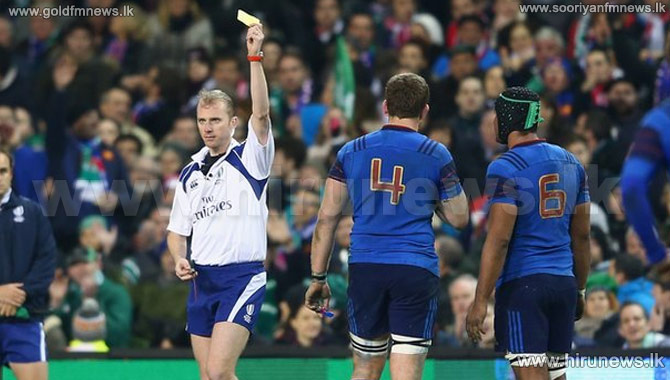 Second row Pascal Pape has been cited for appearing to knee Jamie Heaslip in the back during the second half of Ireland's Six Nations win over France.

Pape was given a yellow card by referee Wayne Barnes for the incident, which happened at a ruck in the 52nd minute.

He will appear before an independent disciplinary committee later this week.

Irish number eight Heaslip was replaced eight minutes later and will miss at least the next game against England with damage to three vertebrae.

Pape was reported by the independent citing commissioner Stefano Marrama for falling foul of Law 10.4 (a) which forbids "punching or striking" an opponent.

If found guilty, the Stade Francais second row is likely to be ruled out of the remainder of his country's Six Nations campaign.

French coach Philippe Saint-Andre has insisted Pape's challenge was accidental, stating: "I don't think you can say it was deliberate."

Manon Andre, the France women's second row forward, has also been cited for making contact with the eye area of an opponent her side's victory over Ireland women at Ashbourne, County Meath, on Friday evening. (BBC Sports)