Test awards for McCullum and Johnson 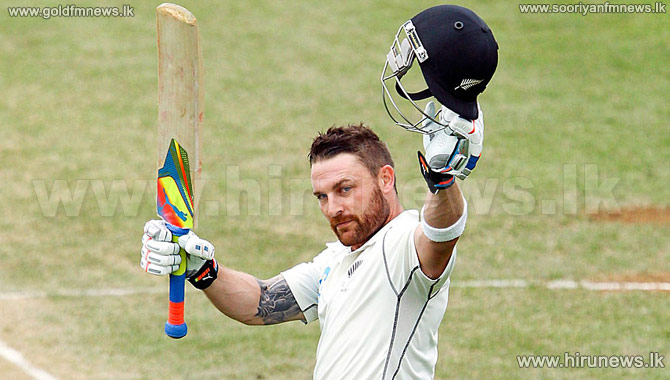 Brendon McCullum's match-saving 302 against India in Wellington has been voted the top Test batting performance of 2014 at the eighth annual ESPNcricinfo Awards, announced on Thursday. The Test bowling award went to Australia's Mitchell Johnson, for his 7 for 68 against South Africa in Centurion.

Rohit Sharma, who broke a world record with his monumental 264 against Sri Lanka at Eden Gardens, took the award for the best ODI batting performance. The top ODI bowling performance was Lasith Malinga's 5 for 56, which helped Sri Lanka beat Pakistan in the Asia Cup final in Mirpur.

The ESPNcricinfo Awards honour the best batting and bowling performances across the international formats of the game for the calendar year. They were decided by a jury of former players - among them, Ricky Ponting, Ian Chappell, Martin Crowe, Michael Holding, Graeme Smith, Daryll Cullinan and Mark Butcher - and ESPNcricinfo's senior writers and editors.

McCullum became the first New Zealander to score a triple-century in Tests, which came when New Zealand looked in danger of surrendering their 1-0 lead in the two-Test series. McCullum, in partnership with BJ Watling (124) and Jimmy Neesham (137) ensured the series stayed with the hosts, following a high-scoring draw.

Johnson's spell against South Africa came straight after the Ashes in Australia, the series in which he rediscovered himself as a fast bowler. His savagery in Centurion bundled out South Africa for 206 in the first Test and set Australia on the path to a Test and series win. It was his second ESPNcricinfo Award in the category in consecutive years.

Rohit's innings in Kolkata came in his return match from injury. He began cautiously, was fortunate to be dropped in the outfield early in his innings, and went on to score his second ODI double-hundred, smashing 33 fours and nine sixes. Incidentally, his first double-hundred in the format won the ODI Batting award for 2013. Malinga too is a former ESPNcricinfo Award winner. Other previous winners include Dale Steyn, Virender Sehwag, Shahid Afridi and Kumar Sangakkara.

In the T20 category, England's Alex Hales took the award for the best batting performance with his unbeaten 116 against Sri Lanka in the World T20 in Bangladesh. In the same tournament, Rangana Herath's 5 for 3 against New Zealand was the jury's choice for the best bowling performance.

Sri Lankan players have figured prominently across award categories in 2014, including the Statsguru Awards, which recognises consistency in performances. Sri Lanka captain Angelo Mathews swept three awards - Batsman of the Year, Best Test Batsman and Most Consistent Test Batsman. It was reward for aggregating more than 1200 runs each in Tests and ODIs. Herath was named the Best Test Bowler. (ESPNCRIC)