England crushed by New Zealand in World Cup Pool A 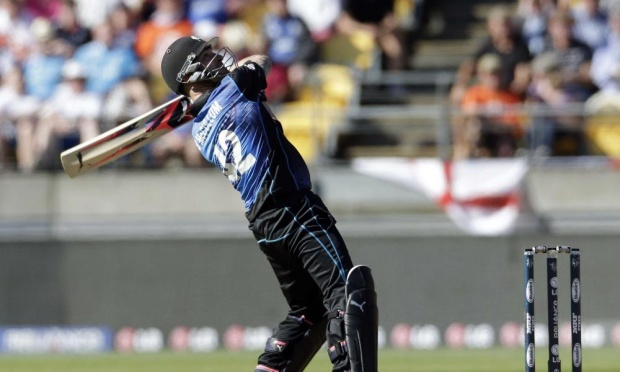 England suffered a humiliating eight-wicket thrashing by New Zealand as Tim Southee became only the fourth man to take seven wickets in a World Cup match.

Southee's 7 for 33 saw England blown away for 123, the last seven wickets falling for 19 runs.

Brendon McCullum then smashed an 18-ball half-century, the fastest in World Cup history, to propel New Zealand to their target in just 12.2 overs.

That equalled the shortest ODI chase against England, in a match that lasted just 45.4 overs in total.