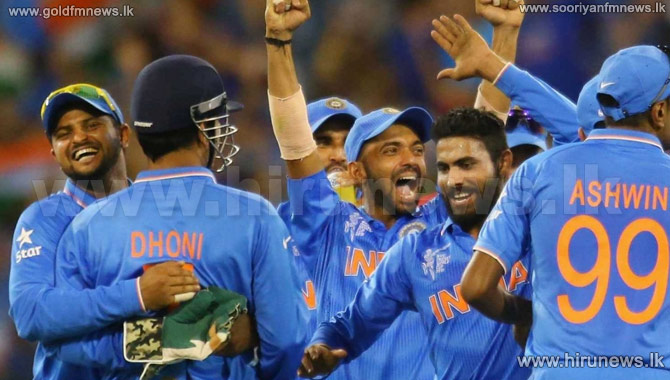 India finally broke their ICC World Cup jinx against South Africa after beating the Proteas by 130-runs at the MCG.

After posting a commendable 307 for the loss of 7 wickets on the board, the Indian bowlers did a brilliant job of restricting South Africa to only 177 runs.

Shikhar Dhawan who smashed 137 off 146 balls was the highest run scorer for India, while Morn Morkle who chipped in two wickets, was the highest wicket taker for South Africa.

For South Africa Faf du Plessis 55, was the only batsman to go past the fifty run mark while the rest of them were stifled by the Indian bowlers.

Ravichandran Ashwin who took 3 wickets was the highest wicket taker for the Indians, while India’s Shika Dhawan was adjudged the player of the match, for his brilliant performance with the bat.