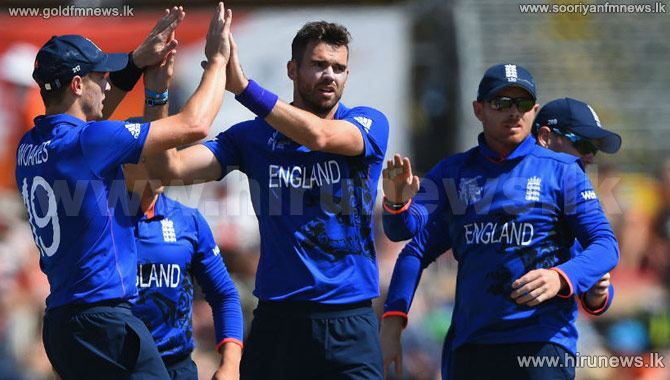 England have overpowered Scotland in their Cricket World Cup pool match, the 119-run win their first of the tournament.

Chasing 304 to win, Scotland never threatened and were dismissed for 184 in the 43rd over in front of a crowd of 12,388 at Christchurch's Hagley Oval on Monday.

The pre-match chatter tried to paint England, after two heavy defeats, as a side with the jitters and that Scotland might do the unthinkable and beat them.

Former skipper Kyle Coetzer, the Aberdeen-born batsman with the South African surname, topscored in the chase with 71 and his fourth-wicket partnership of 60 with Preston Mommsen (26) was Scotland's best.

But they lost wickets regularly, Calum MacLeod (4) in the third over, Freddie Coleman (7) in the 11th and Matt Machan after that.

Mommsen and then Coetzer went out within an over of each other about the half-way stage, when the score was 5-122, and then Richie Berrington went for eight.

Play was disrupted at the beginning of the 34th over when a male streaker proved too fast for security guards, making it to the middle and then out of the ground, leaping the temporary security fence to freedom.

The end was also a blur for Scotland with none of the remaining batters staying for long.

England's total was founded on a career-best 128 by Ali, Ian Bell's 54 and late hitting by captain Eoin Morgan (46).

Scotland won the toss and put England into bat, hoping the bowlers could exploit the cloudy overhead conditions.

But Scotland just couldn't staunch the flow of runs, particularly from Ali, after a sharp chance was put down when he was on seven.

The left-hander hit 12 fours and five sixes in a display of clean and elegant hitting.

Bell was first to go, in the 31st over. His dismissal ended an opening stand of 172, England's highest in a world cup, beating the 158 set against East Africa in the 1975 tournament.

England may have been hoping for a total of around 350 at that point, but four overs later Ali was caught at deep midwicket off the bowling of offspinner Majid Haq.

Gloveman Matt Cross then executed a brilliantly worked stumping to get rid of James Taylor (17).

In the final overs Morgan, Jos Buttler (24) and Chris Woakes (1) all went to catches as they tried to hit out. (The Sydney Morning Herald)