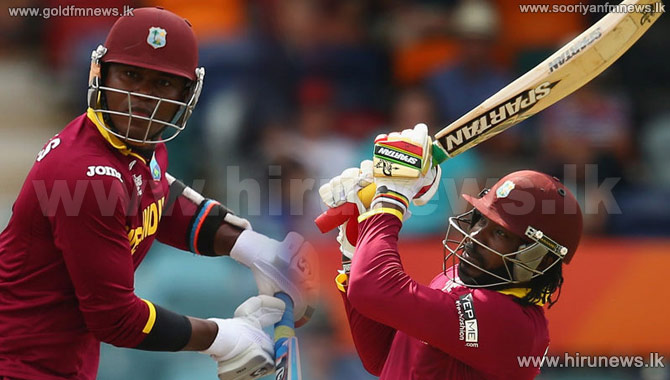 The West Indian batsman struggled initially get bat on ball but ultimately managed to steady the game. Zimbabwe, who were able to keep them quiet in the middle overs, failed to sustain the momentum for long. Gayle brought up his fifty, subsequently also crossing 9000 ODI runs. He became only the second West Indian, after Brian Lara to achieve this landmark. Samuels, who looked streaky initially, got going once he went past his fifty as well. West Indies expedited in the third over of the batting power play and never looked back since then. They scored 55 runs in the powerplay and kept hammering the bowlers ruthlessly from there on.

West Indies finish on a mammoth 372 on the board, the fifth highest teal total in World Cups. In fact, they have posted above 300 in all of their three games so far. The credit for this total goes to Chris Gayle and Marlon Samuels, who put up the highest partnership in ODI history for any wicket. At the start of the innings Zimbabwe were terrific, with Panyangara snaring the wicket of Dwayne Smith on the second ball of the innings. Chris Gayle then survived a close LBW review later in the same over. And Chris Gayle scored 215. (Cricbuzz)