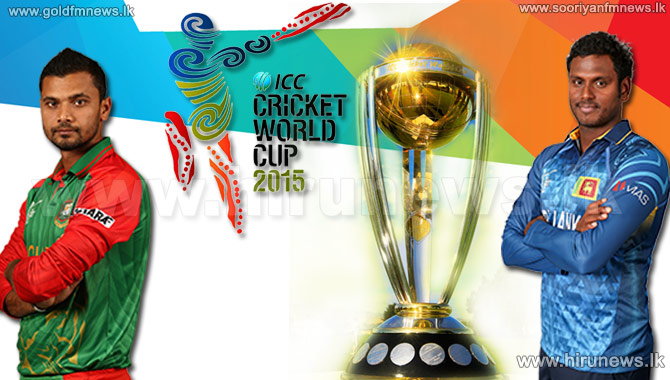 After surviving a scare in their match against minnows Afghanistan, a resurgent Sri Lankan side are set to take on subcontinent rivals Bangladesh, today in a Pool A Match of the ICC Cricket World Cup 2015 at Melbourne Cricket Ground.

The Lankan side began their 2015 World Cup journey with a humiliating defeat against co-hosts New Zealand in which their both batting and bowling failed to deliver comprehensively.

This is the third encounter between both the teams at this grandest stage, having met each other twice during the 2003 and 2007 edition, with Sri Lanka winning on both the occasions.

Sri Lanka, the finalists of the last two editions, lost it to the defending champions Australia in 2007 and to India in 2011.