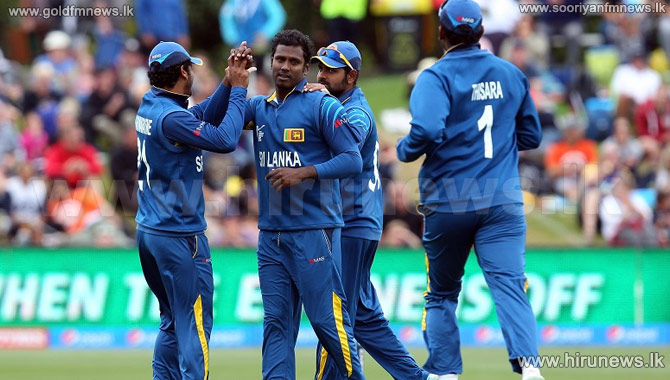 Sri Lanka beat Bangladesh by 92 runs in the 18th match in pool A, of the ICC Cricket world cup 2015 at Melbourne today.

Sri Lanka who won the toss, and elected to bat first, secured 332 runs for the loss of 1 wicket in their allotted 50 overs.

Opening Batsman Lahiru Thirimanna was caught by Taskin Ahmed and bowled by Rubel Hossain for 52 runs.

The duo, secured a 210 run partnership. Sri Lanka is now, in Second place in Pool A.

Sabir Rahman was the only batsman who was able to score more than half a century, for Bangladesh, while Lasith Malinga was the pick of the bowlers for the Lankans, chipping in 3 wickets.

Suranga Lakman, and Thilakaratna Dilshan secured 2 wickets each, while Captain Angelo Mathews and Thisara Perera took one wicket each.

Thilakaratna Dilshan was adjudged the player of the match for his brilliant all round performance.

The next match Sri Lanka will play will be against England on the first of March, at Wellington New Zealand.