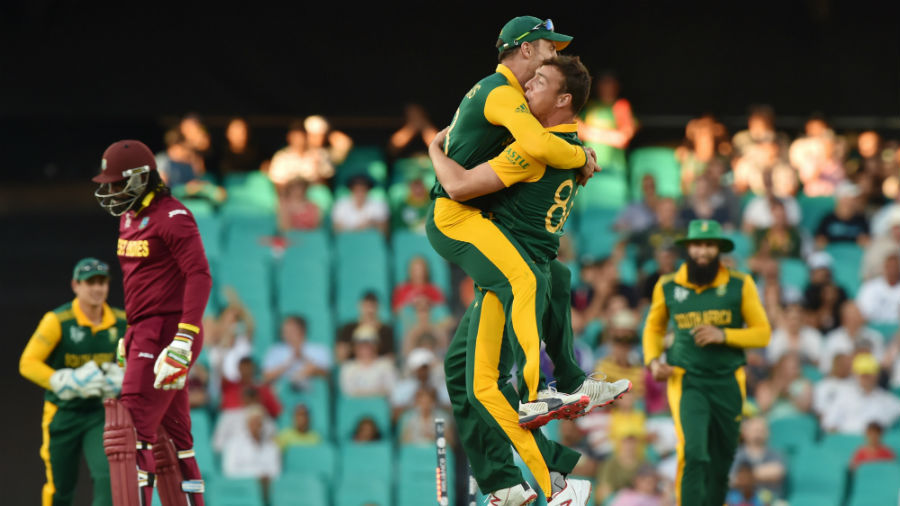 AB de Villiers hit an unbeaten 162 as South Africa defeated the West Indies by 257 runs in the World Cup on Friday.

Chasing 409 to win, the West Indies were bowled out for 151 at the Sydney Cricket Ground, with Captain Jason Holder top-scoring with 56 and Imran Tahir taking five wickets.

De Villiers reached his hundred off 52 balls, the second fastest World Cup century behind Ireland’s Kevin O’Brien, who took 50 balls to reach the landmark against England at Bangalore in 2011.

South Africa’s 408 for five was the second-highest World Cup total, only behind India’s 413 for five against Bermuda at Trinidad in 2007.

Their margin of victory equalled the World Cup record, in terms of runs, set by India in that 2007 match. (Cricbuzz)