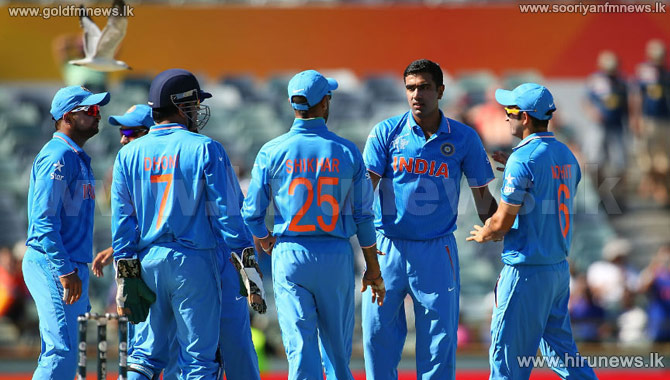 Ravichandran Ashwin returned his best one-day figures of four for 25 off 10 overs at the WACA in perth, a pitch that traditionally favours fast bowlers, as India defeated the United Arab Emirates by nine wickets in a World Cup Pool B match on Saturday.

Rohit Sharma and Virat Kohli were unbeaten at 57 and 33 runs, respectively. India lost opener Shikhar Dhawan’s wicket in the seventh over with 29 runs on the board. Earlier, UAE won the toss and elected to bat first but were bowled out for just 102 runs in 31.3 overs, recording the lowest World Cup score against India.

Shaiman Anwar, who became the first UAE player to make a century in a World Cup against Ireland last time out, again top-scored with 35 while also helping take his team past the three-figure mark in a 31-run, 10th wicket partnership with Manjula Guruge. (Crizbuzz)