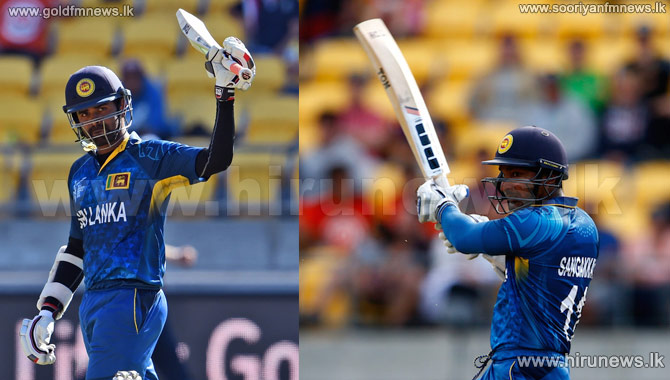 Lahiru Thirimanne hit an unbeaten 139 and Kumar Sangakkara 117 not out to seal victory with 16 balls to spare.

They must almost certainly win their last two Pool A games, against Bangladesh and Afghanistan, to reach the quarter-finals.

Thirimanne and Sangakkara added an unbroken 212 as Sri Lanka claimed a third straight win to move to within two points of New Zealand at the top of Pool A.

This was only the second time in one-day internationals that a team have lost by nine wickets after passing 300 in the first innings.