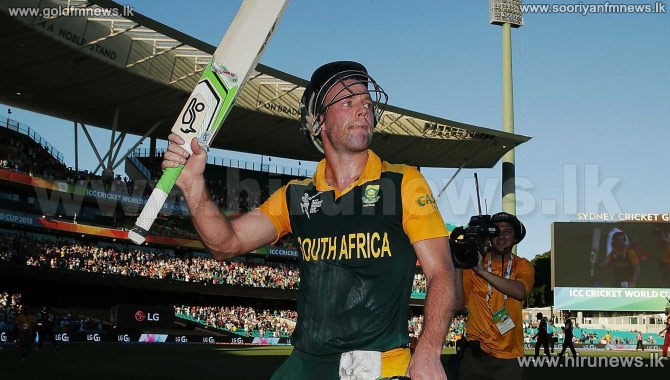 Former South Africa cricket captain Shaun Pollock on Monday said current skipper A.B. de Villiers could produce "something really special" in their World Cup Pool B match against Ireland at the Manuka Oval today, having seen both of the South African captain's destructive innings in the last month.

But the 41-year-old warned Ireland can be quite a force to reckon with as it has been in quite good form recently beating the two-time World Cup champions the West Indies.