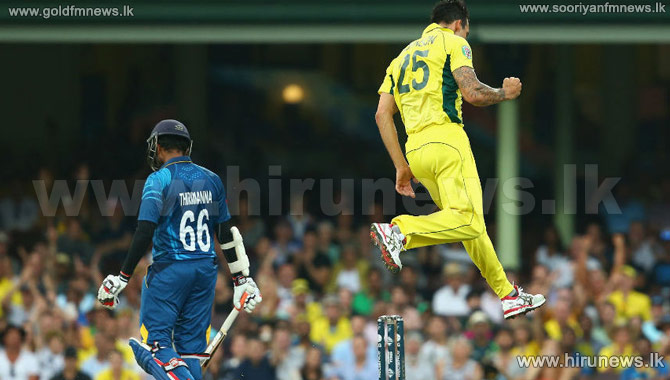 Australia beat Sri Lanka by 64 runs to move up to 2nd spot in the Pool A table.

Australia won the toss, and elected to bat first. Batting first Australia scored a massive target of 376 runs for the loss of 9 wickets.

Glen Maxwel scored 102 runs in only 53 balls, smashing 10 fours, and 4 sixes. Lasith Malinga and Thisara Perera both chipped in two wickets each for the Lankans, while Kumar Sangakkara scored 104 runs in only 107 deliveries.

Thilakarathna Dilshan scored 6 fours in one over, which was also another factor that was noteworthy, totalling 62 runs in just 60 deliveries.

James Falkner was impressive with the ball, after giving away only 48 runs and taking 3 wickets, in his 9 overs.

But nothing to surpass Glen Maxwell’s performance, and therefore, he was adjudged the player of the match for his brilliant 102 runs in only 53 balls, striking 10 fours, and 4 sixes.