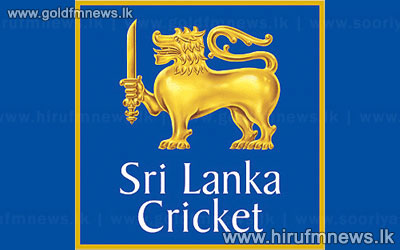 Sri Lanka will be without batsman Dimuth Karunaratne for the remainder of the World Cup, after he broke a finger during fielding practice.

Leg-spinning all-rounder Seekuge Prasanna, already in Australia as cover for injured spinner Rangana Herath, comes into the squad as a replacement.

Herath is expected to miss Sri Lanka's game against Australia on 8 March after having stitches in a hand injury.

"The stitches will come off then we'll see how he progresses."

Herath split the webbing in his fingers attempting a caught and bowled during his side's nine-wicket win over England on Sunday.

Batsman Kusal Janith Perera, who has featured in 41 one-day internationals, has now been put on standby to replace Herath.

Karunaratne has featured in all four of Sri Lanka's World Cup games to date, making scores of 14 and 23.

"I'm not sure how bad or how long it will take but he's definitely going back home," said Jayawardene.

They are second in Pool A after four games and will guarantee qualification for the quarter-finals with one more win. They conclude their group games against Scotland on 11 March.(BBC)