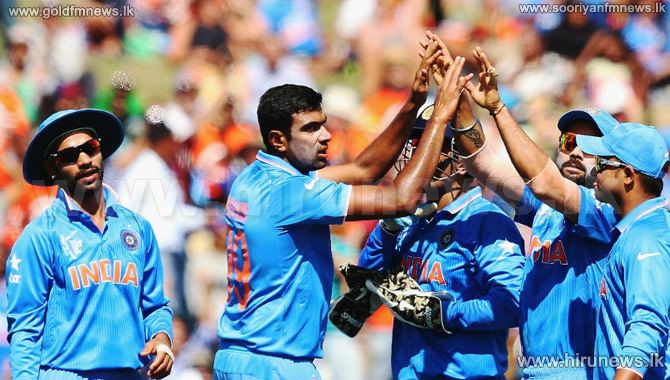 India defeated Ireland by eight wickets in the Pool B cricket World Cup match at Seddon Park, in Hamilton today.

Opting to bat, Ireland were cruising at one stage with scorecard reading 206 for three but Indian bowlers made a fantastic comeback at the back—end of the innings, claiming as many as six wickets for 32 runs in a phase of 6.3 overs.

In an astonishing record, India now has bowled out the opposition for the fifth time in a row.

Niall O’Brien with a run—a—ball 75 that had seven boundaries and three sixes was the top—scorer for Ireland.

Shika Dhawan who was the highest scorer for the Indians, with 100 runs in just 85 balls, smashing 11 fours, and 5 sixes, was adjudged the player of the match.