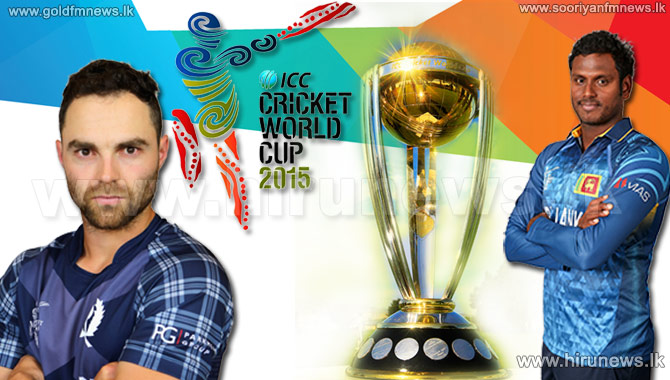 Sri Lanka will take on Scotland in the 35th Cricket World Cup Match in Pool A, at 9 this morning, in Hobart Australia.

Bangladesh's win over England means the quarter-finalists are decided in Pool A, and all that remains is to settle their positions.

Should results fall as form would suggest, Sri Lanka will finish third in the group and Bangladesh fourth.

But Scotland can throw those predictions off if they manage to beat Sri Lanka or Australia over the next week in Hobart.

So far in this tournament, Sri Lanka have beaten England, Afghanistan and Bangladesh, and lost to Australia and New Zealand.

Their plans have been affected by injuries, though, with four changes already made to the squad.

Dinesh Chandimal is the latest casualty, ruled out after suffering a hamstring strain during the loss to Australia. Rangana Herath is also nursing a finger injury but remains part of the squad.