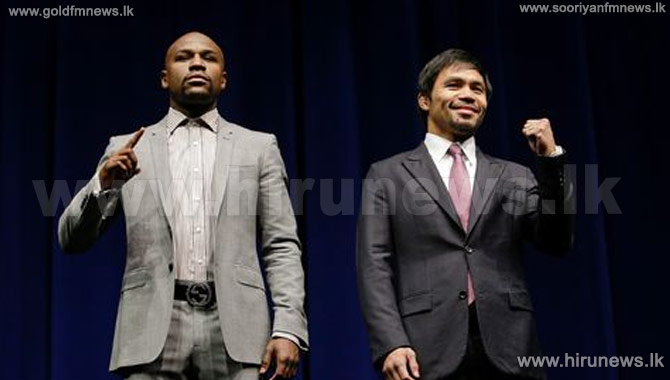 Floyd Mayweather said "the world will stop" when he fights Manny Pacquiao on 2nd May as they were face-to-face for the last time before the weigh-in.

Mayweather, who has won all 47 of his fights, told Pacquiao at a press conference in Los Angeles on Wednesday that he was not ready to taste defeat.

Pacquiao had earlier said that he would beat the American for the good of boxing.

The Filipino fighter has a record of 57 wins, two draws and five losses.