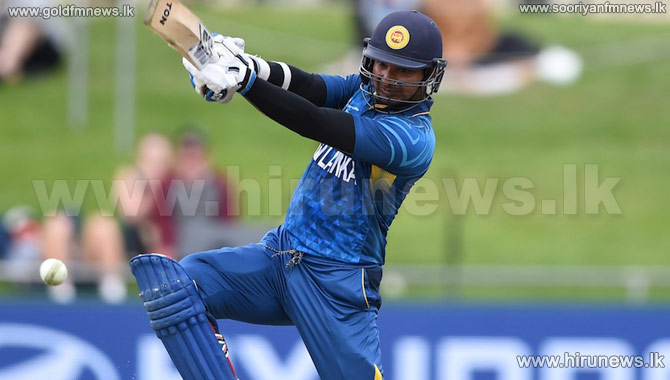 With Sangakkara calling time on one-day international cricket at tournament’s end and stating that his Test career will be over by August at the latest, the 37-year-old looms as a potentially huge overseas signing for any one of the eight clubs competing for top honours in BBL|05.

“There aren’t many, if any, players who have done what he’s done in the game since the turn of the century, so of course the Big Bash would absolutely welcome his inclusion,” said League Manager Anthony Everard.

“Given he’ll be finished up with Sri Lanka by August, I’m sure that would make him a very attractive prospect for plenty of BBL clubs, not to mention his unbelievable form.

“And not only is he a wonderful player, but he’s one of the sport’s great statesmen – I wouldn’t be surprised if some of those clubs are already making enquiries.”

Sangakkara has been the standout player of the tournament to date, becoming the first man to make four ODI hundreds in as many matches with three-figure scorers against Bangladesh, England, Australia and Scotland.

While there is a glut of talented wicketkeeper-batsman around Australia, there is little doubt that Sangakkara would rate as one of the competition’s most prized recruits.

After offloading veteran keeper Chris Hartley ahead of BBL|04, Brisbane Heat may be one club interested in the Sri Lankan, after Jimmy Peirson was the lone gloveman in the squad last season, while Melbourne Renegades released keeper-batsman Peter Nevill to leave Matthew Wade as their only keeper.

There is also the possibility that Sangakkara could play solely has a batsman, as he has done for the majority of his illustrious Test career.

Heat General Manager Andrew Blucher told bigbash.com.au recently that despite the off-field interest generated by England great Andrew Flintoff’s presence at the club, “ultimately we do need more from one of those two highly valuable overseas recruits”.

Sangakkara has already demonstrated his willingness to continue plying his trade at domestic level, having signed with county side Surrey for the 2015 season. (Big Bash)